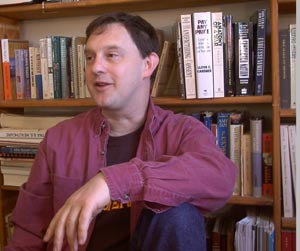 Catching Up With an Early Online Casino Prospector

While author Bill Haywood of Beat Web Casinos, whose pen name is taken from the aforementioned union figure, doesn’t involve himself in union rights, he'll definitely interest internet gambling fans. In 2000 Haywood showed players, who would usually be viewed as “chumps” by some casinos, how to make money by “bonus hunting” at online casinos. Sixteen years on from his landmark publication, we spoke to Bill Haywood about becoming a bonus hunter, his book Beat Web Casinos and whether online casinos still offer a potentially profitable experience for savvy players.

When discussing his book, Haywood doesn’t pull any punches when it comes to online casino tactics. As Haywood suggests, Beat Web Casinos “explains how to get a valid, mathematical edge on internet casinos by exploiting their cash bonuses, which are often genuinely lucrative”. In a nutshell, to gain a cash advantage over an online casino you simply have to “withdraw before the bonus is gambled away”. However, as Haywood points out, most casinos will simply stop you outright from withdrawing in this manner, so in order to really beat the casino, you have to “give the appearance of the degenerate gamblers they salivate for.”

When talking to Haywood and reading his book, it’s clear that in order to succeed, players have to consider not only their actions, but what they wish to achieve from their casino gameplay. Since the book was first published, casinos quickly began to ensure that their bonus terms and conditions were watertight, making it difficult for bonus hunters such as Haywood to find the necessary loopholes. As Haywood observes, the industry is no longer “a money tree” for prospective players, “but there is still cash to be made”. Haywood points out that, rather than jumping straight in and recklessly wagering, players “have to evaluate the amount of a bonus and how much time it will take to earn it and see if it is worthwhile” for them. This forms just one part of the course of action bonus hunters have to take, as alongside this “you really have to be careful to disguise what you are doing by giving lots of play over weeks or months” and be prepared to lose valuable bonus money as part of your “camouflage”.

It’s clear then, that Haywood’s recommendations aren’t for those who are simply looking for a get rich quick scheme. Indeed, Haywood observes that casinos “collect a fair amount from people who plan to hustle the bonuses, but end up gambling” and admits that successful bonus hunters are very much in the minority, when compared with the masses of poor, or “fish” players at casinos. Haywood goes on to note though that since the publication of his book, some casinos “went under, in part” due to their “high marketing expenses”, which is essentially an industry term for bonuses. The news of casinos failing due to their bonuses appears to please Haywood, who suggests he’s “proud” of the savvy players who “turned the predators into the prey”. While such comments may seem unduly harsh, Haywood suggests that the online casino world is still a “sleazy industry” and after reading his book, it’s understandable that Haywood holds this viewpoint. Splitting casinos into two categories, beef and dairy, Haywood depicts both as looking to gain the most from players and inevitably leaving them out in the cold, whether it’s by “devouring” the “carcass” and leaving “the bones in the sun”, or by taking them to the “glue factory” after they’ve gained all they can. Haywood warns that players who end up “burnt” by a beef casino should see their losses as a “business expense”, as bonus hunters and casual players alike will “eventually” meet a casino “that simply refuses to pay”. 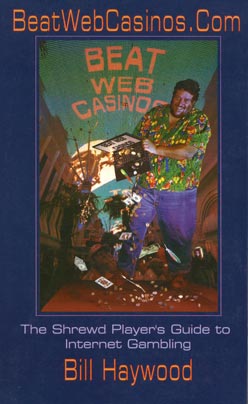 The Evolution of Online Gaming

Since the publication of the book and the introduction of the Unlawful Internet Gambling Enforcement Act (UIGEA), Haywood has all but given up bonus hunting. On the topic of the latter, Haywood suggests that “new U.S. laws make depositing into casinos very time consuming and burdensome, and the method depends on playing at as many places as possible”. However, even before the Bush administration introduced the law, the author grew tired of dealing with the “sleaze” that is a part of the casino industry. Nowadays, Haywood favours poker; as such sites prove more “reliable” when it comes to bonuses. However, the author warns that while it may be easier to claim poker bonuses, it’s a lot tougher learning how to play. Haywood admits that in order to play successfully “you'd want to be close to a break even player, at the least, to hustle the bonuses, but with the vagueness of day-to-day luck, it's very hard to know in the short term if you are actually playing with an edge”.

At the same time, online gambling sites are now completely legal and regulated in the United Kingdom. That means many of Haywood's criticisms of the industry don't apply to UK players.

Not only can Brits play legally at reputable sites, but the whole industry is far more accountable that it has ever been. That means you'll not only be able to count on fair games, but casinos must be transparent as well as honour their bonuses terms and conditions. In addition, the increased level of competition is particularly great for bonus hunters in 2022, as sites constantly try to eclipse each other with even more compelling bonus offers.

For players who wish to take on the casino and mimic Haywood’s method, the writer recommends that in order to be successful, hunters “have to look like a gambler without becoming a gambler”. As Haywood explains, you should:

Always keep in mind how many hands you can play before the bonus is eaten up. Accept the fact that you'll lose the deposit in some places, even as you double it in others. Give lots of wild action -- that's the way to ensure smooth withdrawals, because if they figure out they have no edge on you, they WILL mess with you. Usually the problem is slow pay -- they delay your withdrawal until either you give up, or go back and gamble it off. You have to keep after them.

Casino Online wishes to thank Bill Haywood for taking part in our interview. Should you wish to find out more about the author and online poker, please visit HoldemTight.com. Alternatively, for more details on bonus hunting in casinos, please read our review of Beat Web Casinos.