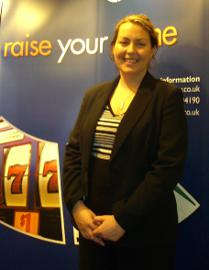 McLaughlin notes that when the super casino plans were scrapped by Prime Minister Brown and his new cabinet, the National Gaming Academy (which offers training courses in Blackpool, as well as the Midlands and London) had to quickly “restructure and rethink”. Using the funding they acquired from the European Development Fund, McLaughlin and her colleagues decided to “work with the existing casino industry – as opposed to looking for the emerging industry”. The National Gaming Academy has blossomed since it first opened and now trains around 200 people a year, across all three academy sites. The academy has also now begun “delivering national contracts” to bookmakers and casinos across the UK. Offering “standardised materials and teaching practices”, McLaughlin suggests the government has realised there is a “big skills gap” in the casino industry, which the National Gaming Academy can fill. At the moment, the academy currently offers courses focusing on casinos and slots operations, but McLaughlin suggests they are also “just on the edge of branching into the bingo and betting side of things”. 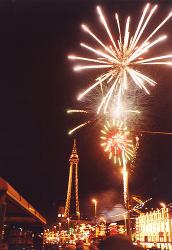 McLaughlin admits that opening the academy has been tough, noting that as there weren’t any formal qualifications in place for industry employees, they have had to coach casino staff through teaching qualifications in order to employ them as lecturers. While such a process may be time consuming, it’s really the only way the academy can ensure they’re offering students relevant and practical training and qualifications. McLaughlin suggests that only now is “the last five years work” really coming into “fruition”, but because of their ground work; the National Gaming Academy is able to offer a “robust training program”. Currently offering NVQs as well as degrees, the National Gaming Academy’s courses hint at the direction the future UK casino industry may take. According to McLaughlin, when compared with in-house casino training, the National Gaming Academy places “a much stronger emphasis on soft skills, such as customer service, communication and IT skills”, as well as table games and slots training. The entry level courses typically involve around 15 hours a week of college time, which enables people on means tested benefits to join the courses. It’s clear that the National Gaming Academy places emphasis on helping unemployed people enter employment in the casino industry and McLaughlin suggests that when structuring the courses, they took the course hours into consideration, “so everybody has the chance to gain the skills”. Completing the course allows students to progress into casino careers, usually beginning as “a trainee dealer on a three-month probationary period”, where they will then hone casino-specific skills. While the casino industry has been affected by the current economic downturn, it’s still a viable career path and one that McLaughlin admits that people from diverse backgrounds are beginning to consider:

We’ve certainly had a marked increase (in applications) in Blackpool and I’m sure it’s the same across the other gaming academies. People that are in their thirties, forties, and fifties are coming back into college on an 18-week program, with a new career; it’s a new lease of life to them and they can do that (begin new careers), with the government funding them to do it. They (the government) pay their exam fees, their tuition fees and also continue to allow them to claim job seekers allowance. We have seen a shift in the demographic of our students.

The Future Of The Academy

While the National Gaming Academy is considering catering for online casino industry employers, McLaughlin admits that the academy was banking on super casinos being introduced by the government. When asked why the government scrapped the plans, McLaughlin suggests that the “government possibly didn’t realise how well regulated the industry is”. Interestingly, McLaughlin also highlights the negative effect the “Daily Mail hate campaign against gaming” had on the public perceptions of casinos, suggesting that in some respects, common opinions about the gambling industry are “far off the mark” and rely on the idea that the industry is dominated by “the mafia and everything is illegal”. McLaughlin believes the National Gaming Academy can hopefully send the right message out to the public, noting that “by underpinning the gaming industry with qualifications, people, in time, will see it as another job – not all ‘cloak and dagger’”. While the super casino scheme was scrapped, it’s only since the National Gaming Academy launched that casino industry employers and the government have realised the necessity of the college qualifications. As McLaughlin explains, the question of standardised qualifications and teaching only came up:

When we started looking at the prospect of having super casinos and (wondering) where we were going to magic up 400 extra gaming staff. It was when we were faced with those sort of figures that people from the Sector Skills Council for hospitality then started to think ‘okay, we need to put some formal qualifications in here, we need to be planning for the future’. I think that what we are doing is still building on that. If super casinos do come back onto the political agenda then the framework is there, so the job has been done. Even though the super casino hasn’t happened, the qualification framework is in place.

As McLaughlin suggests, the National Gaming Academy is now in “a much better place” than it was five years ago, noting that they have experienced “all of the teething problems that new enterprises go through” and are now “better positioned to support the super casino infrastructure”. Now offering a suite of courses and qualifications, there’s never been a better time to unveil new casino plans in the UK and McLaughlin suggests that, in her “humble opinion”, the much debated super casino plans “will go back on the agenda, eventually”. Until then, McLaughlin and her team of lecturers at the National Gaming Academy, will continue offering standardised training to the UK’s gambling industry leaders.

Since we conducted our interview, gambling in Britain has continued to grow both online and offline. With new flagship casinos in Newham, Milton Keynes, and Birmingham, as well as enhanced remote gambling options, the National Gaming Academy continues to thrive. In fact, the school is now essential to the health of Britain's casino culture.

CasinoOnline.co.uk would like to thank Colleen McLaughlin for participating in our interview. Full details on the courses available at the National Gaming Academy can be found by visiting www.blackpool.ac.uk/gaming.