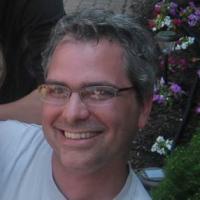 A Spell Worth Casting

As Covert explains, Smirk and Dagger Games began in 2003, at the beginning of the poker boom. However, Smirk and Dagger’s first product, Hex Hex, was a spell-themed card game, that, as Covert suggests is “rather mean-spirited”. After an initial run of hand-made editions of the game, Covert took the plunge, re-mortgaged his house and began devoting all of his time to Smirk and Dagger. While such drastic actions are often met with failure, Covert and his company tapped into the need for what he calls “highly interactive, emotionally evocative ‘gotcha’ games” and Hex Hex soon proved to be a player favourite, picking up a nomination in 2004 for Best Card Game in the Inquest Gamer awards.

DEAD HAND Chaos Poker became Smirk and Dagger’s second foray into the card game industry and, like other products available through the company, was invented by Covert’s “warped little mind”. As Covert makes clear, he “dreamt up” the card game one night and feverishly began work on it. The game, like other Smirk and Dagger titles, offers the chance for players to “leave the table with some tale of ultimate betrayal at the hands of good friends.” The variation in this poker game from “normal” poker comes at the end of the game. As Covert explains:

"It is only at the end, after everyone has shown down and the winner is about to claim the chips, that the game is put on hold and the Dead Hand is revealed. A card is drawn from the undealt cards of the deck and tipped in the light. On 60% of the cards, a hidden message will appear in the varnish of the card face border. It's an almost imperceptible presence within the card's veneer - Death himself. Perhaps all remains as normal - or perhaps the message 'kills' a particular hand at the table. For example, if the Queen of Spades is drawn, "the High Pair is Dead" and out of play. If that pair was the winning high hand, it is gone and the next ranked hand wins. Of course, not every card has a message - nor does every message end up changing the hand when it shows up. Reference cards are available for all players that list the Dead cards, so that as players see them play out on the table, they can bet more effectively."

A Twist on the Game You Love

Covert makes clear that DEAD HAND Chaos Poker is “most definitely real poker” and is perfect for players who enjoy varying their games. While Covert does admit that “purists who believe poker begins and ends with Texas Hold ‘Em” who “won’t play without a hoodie or sunglasses” probably won’t enjoy the game, those who are willing to experience new possibilities will surely embrace ‘Chaos Poker’s quirks. Once you try a few hands, it will be obvious why the card game is marketed as an unholy union of Russian roulette and poker. Yet you won't have to deal with your own demise if you end up with the so-called dead man's hand.

Indeed, perhaps what’s most interesting about Smirk and Dagger’s creation is that it’s the only poker game to really make use of the “Dead Man’s Hand” legend. As Covert explains: “In 1876, in a little town called Deadwood…Wild Bill Hickok was shot dead during a game of 5 card stud. He held in his hand two pair; black aces over black eights (and some claim the nine of Diamonds as the debated fifth card). Since that day, the hand has… gone down in poker lore as the Dead Man's Hand."

While Wild Bill was inducted into the Poker Hall of Fame in 1879, the deceased gunslinger became little more than an eccentric footnote in the pages of poker history. However, DEAD HAND Chaos Poker “tips its hat” to Wild Bill through its poker hand rankings: Uncover the Dead Man’s Hand (two black aces and two black eights) and you’ll beat the Royal Flush – commonly considered as the highest ranking hand in poker. If you hold a hand of two aces and two eights (of any suit), then “all other players must hand you a chip of the smallest denomination”, regardless of whether your hand won and whether the other players have folded. DEAD HAND Chaos Poker commands respect not only for its innovative gameplay, but also its ability to bring Wild Bill Hickok to the forefront of every player’s imagination. Why not celebrate poker's rich history with every hand?

The Future of Chaos Poker

When asked whether ‘Chaos Poker would appear in an online casino or poker room, Covert admits that “not so long ago”, the company “went all the way through” a “contract with a digital developer”. Unfortunately, the project was never finished, although Covert has expressed a keen interest in bringing the game online. While Smirk and Dagger games do not have any future casino-themed works in the pipeline, Covert does suggest that developing another poker or casino variation card game is “certainly a possibility!”

Until then, players can get to grips with DEAD HAND Chaos Poker – one of the most innovative, enjoyable and inventive casino games of the past few years. The game isn't only easy for poker fans to learn, but it's a great way to break up the monotony of home games with your mates. With an added element of chance at the duration of the hand, players will find themselves less likely to fold. Yet, this particular kind of chaos is perfect for tournament play. No matter how you play, the deck is always welcome at any card table.