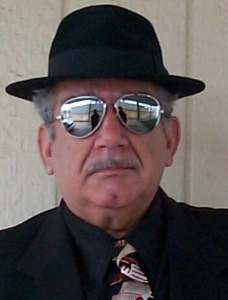 The Birth of a Gifted Storyteller

There's no denying that Griffin's words are captivating. Despite what is obviously a natural gift for the written word, the acclaimed author never expected to become a biographer, even in his wildest dreams. As Griffin explains, when he was employed as a private investigator he had little intention of becoming a writer of any kind. It wasn’t until in 1994, when he retired and moved from New York to Las Vegas that he began to formulate ideas which would work their way into writing. Griffin’s first book, The Morgue, was published in 1996, a grim tale which follows the events of a body tissue-snatching employee working at a New York medical examiner’s office. After the success of The Morgue, Griffin went on to work on other titles, such as Blood Money and Killer in Pair-a-Dice.

However, in 2001 Griffin became “frustrated with the lack of progress” he was achieving through his writing career and, while at a writers conference, a speaker recommended that given his background in law enforcement, Griffin should try writing “non-fiction police histories or true crime”. In 2006, Griffin’s first true crime work, The Battle for Las Vegas: The Law vs. The Mob, was published by Huntington Press. The title examined how law enforcement officials in Las Vegas dealt with mobsters such as Tony “The Ant" Spilotro, who was employed by the mob to help skim profits from casinos, and other members of the Chicago “Outfit”. It goes to show that one conversation has the power to transform your life and spawn a brilliant body of work as well as legions of fans. 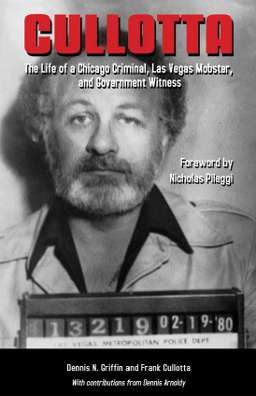 The Battle for Las Vegas

It was when writing The Battle for Las Vegas that Griffin realised he should speak with the notorious mobster, Frank Cullotta. As Spilotro’s right-hand man in Las Vegas, Cullotta is one of the few members of the Chicago Outfit who are still alive to tell the tale. After helping Spilotro run Las Vegas for the Chicago mob, Cullotta realised that his former friend was now looking to blame him for his own shortcomings. Fearful of his life and feeling betrayed by a man he’d known since childhood, Cullotta entered a witness protection program in the 1980s and helped bring some the most dangerous men is Las Vegas to justice.

As a member of the protection program, it’s unlikely that Griffin would have been able to gain access to Cullotta without the help of an old friend in the FBI, Dennis Arnoldy. While Arnoldy was uncertain about handing out Cullotta’s contact details, eventually Griffin was able to contact “the crook” directly. It was when Griffin and Cullotta were discussing a possible arrangement with regards to the biography that doubts manifested in the writer’s mind. With his law enforcement history, Griffin knew instantly that some prefer to hear the seedier, criminal side of a case, as opposed to how the police involved solved it and, as he told us, there is an emphasis on the villains of a tale, as opposed to the heroes.

the lawmen have to conduct their investigations according to the law. We pretty much know what they’re going to do. But the Mobsters aren’t limited in their actions by laws, rules, or regulations. They can do what they please. And some of their problem-solving methods make for interesting reading.

However, while Griffin ensured that Cullotta should remain “candid” about his experiences, the writer in no way wished to glamorize his subject’s past violence. As Griffin explains, he and Cullotta regularly discussed how important it was to maintain a neutral account of the latter’s life story and as the writer informed us, their joint “opinion was to write the story as a factual account and let the readers decide for themselves whether Frank was a good guy, a bad guy, or somewhere in between”. This ethic extended throughout the writing process, as if Griffin wrote something which may have “led” the reader to form a specific opinion about Cullotta, the author “would change it to make it as neutral as possible”.

While the dream of every writer is to have an impact on their reader, it's unlikely that Griffin imagined his book would help solve a double murder case. When they first began the biography, Griffin told Cullotta that to make the project work, the mobster’s “account had to provide information previously unknown to the general public and be as accurate as humanly possible”. Cullotta duly complied and, in turn, revealed details about the murder of Ronald Scharff and his employee Patricia Freeman. In the biography, Cullotta reveals details about Larry Neumann’s visit to Ronald Scharff’s tavern and his consequent revenge on the owner and his employee.

The case remained unsolved for several years, but with Cullotta’s help and Griffin’s assistance, Ronald’s son Paul was given at least a small fragment of peace of mind when police confirmed in 2009 that Neumann was his father’s and Freeman’s killer. When asked about the case, Griffin admits that for him the experience was a “rewarding” one, and he still keeps in contact with Paul Scharff. Griffin also suggested that he’s working with Scharff “to find an author to help him write a book about his experience”, meaning that another unique viewpoint could soon be added to the Chicago mob crimes of the 1970s and 1980s; the experience of a son who lost his father due to a gangster’s rage. While Griffin would love to work with Scharff on a book, at the moment he’s still basking in the glow after co-authoring a biography with “a former Gambino crime family soldier” entitled Surviving the Mob.

Whether or not you are a fan of Griffin’s previous work, you'll want to check out the compelling tale of Andrew DiDonato. It's almost a miracle that the former member of the infamous Nicholas Corozzo crew lived to the tale. Just like all of Griffin's other work, it's explosive, revolutionary, and worthy of all the laurels it's earned.

CasinoOnline.co.uk wishes to thank Dennis Griffin for participating in our interview. For more details on Griffin, please visit www.dennisngriffin.biz.