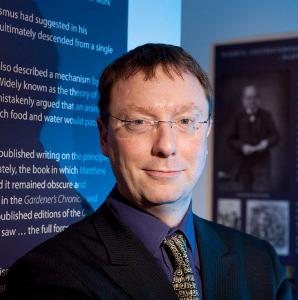 As Evans explains, when conducting studies related to gambling, psychologists tend to focus on problem gambling, which Evans suggests is “like spending all of your time studying food by studying obesity – obviously, it’s a problem, but there’s also wonderful chefs and lots of people who eat sensibly”. Going against the grain, Evans hypothesised that successful, or expert gamblers, have something about them which makes them “different” from the general population. Defining expert gamblers as those who consistently win by playing what Evans defines as the “three basic types of skill based gambling; sports betting, blackjack type games and poker”, the University College Cork academic began interviewing expert gamblers. Evans then devised his risk intelligence test, “which would measure how good people are at putting probabilities on things”.

From initial tests, Evans believed he had found that expert bettors did have a “higher than average” risk intelligence score when compared with the general public, but he had yet to test any of the general population. As the lecturer explains, this is where the Projection Point website came into play, as Evans was able to “gather data from as many people as possible from the population as a whole”. After recent coverage in The Times and other news sources, Evans now has the risk intelligence scores of 30,000 members of the public, which he describes as “brilliant”.

Making the Most of Games of Skill

Evans observes that the very idea of “expert gamblers” may seem like an oxymoron, however, if there is “some scope for exercising skill” within a game, then it is possible to make a “distinction” between “experts and non-expert gamblers”. While Evans does note that luck-based casino games, such as roulette and slots, do not count as games which offer “scope” for skill, “if you broaden your horizons and concepts of what counts as skill, to include things like reading a slight tilt on a roulette wheel” – then there may be a case for expert gamblers who specialise in luck based games. On the topic of Joseph Jagger, who discovered a tilt on a roulette wheel in Monte Carlo and notoriously broke the casino’s bank, Evans suggests that Jagger had “a different kind of expertise”, noting that such examples are a “niche case”. Evans also discusses how gamblers could also cheat in horse racing.

If you give money to the jockey who’s tipped to be a favourite…and you bribe him before the race to pull up the horse when it’s going into the last furlong, then you can make money.

Although, again, such examples don’t come under the umbrella of “risk intelligence”, as it’s just an example of cheating. 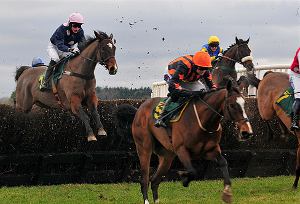 When asked what members of the public can learn about themselves by taking the risk intelligence test and whether they should be concerned about their results, Evans suggest that “the most important thing you can learn is whether you are over confident…or under confident”. Evans proposes that the most common pattern from the data gathered by the test is that “most people…tend to over estimate how much they know.” Such data has repercussions across a variety of industries: If you have a particularly favourable risk intelligence score, not only would you make a good expert gambler, you “would also be good at other things in life”, ranging from working in the finance industry to making important decisions with regards to homeland security. Participants shouldn’t be too concerned by their risk intelligence scores either, as this particular form of intelligence is “fluid and you can train people to” achieve a “better risk intelligence by doing the sorts of things that expert gamblers regularly do, which is fundamentally lots of practice, keeping records and reviewing and learning from your mistakes”. Evans suggests that what he finds quite interesting about expert gamblers in particular is that “they are very low in self-deception; they really know their own weaknesses and they know when to step back and not have a punt”.

Evan’s risk intelligence test could prove useful in the banking industry, as “you could easily build up the same kind of calibration curve” that his risk intelligence test does, “but based not on their ability to work out how much they know about trivia questions (which are used in the Projection Point website test) but actually on their own professional judgement calls on the riskiness of certain trades”. Such data could then be used to “monitor the performance of junior traders and see where they’re going wrong”. Evans’ “hunch” is “that you would find those traders who have higher risk intelligence would be making more profit”. Unfortunately, Evans admits he has yet to test out his hypothesis, as hedge fund managers he has approached, are “understandably, a bit hesitant to do it”, as the lecturer would eventually publish the data. Given the current precarious relationship between the public and bankers, if Evan’s test found, as he jokes, that a trader’s “risk intelligence in X hedge fund is dumber than a monkey”, those within the financial industry whom Evans has discussed his research with “don’t necessarily see a lot of gain” in the project”, but do “see a big downside”.

The Future of Risk Intelligence

Ultimately, Evans hopes that risk intelligence will be added to Howard Gardner’s list of multiple intelligences. This list was proposed by Gardner in the early 1980s and introduced the idea of different kinds of intelligence – as opposed to one single type of intelligence. Evans suggests that children in particular would “benefit from having the different intelligences addressed properly at school, in a richer way, so our education system doesn’t focus entirely on…one or two very narrow kinds of academic intelligences.” One of the criteria Gardner uses to “decide whether something counts” as a kind of intelligence “is whether there’s some distinctive brain region or network of neurons…that deals with that kind of intelligence and not others”. Eventually, Evans would like to examine whether “there are dedicated neural circuits in different parts of the brain which specialise” in risk intelligence, noting that it would be possible “to learn more about it by getting people to take risk intelligence tests while they were say, in a brain scanner”. The philosopher suggests that before he reaches this stage “there’s a lot more work that could be done, without brain scanning”, but observes that “maybe if it did get that far, instead of having your traders do a risk intelligence test you could just put them in a brain scanner!”

Whether you're interested in gambling, cognitive psychology, risk management, statistics, or philosophy, Dylan Evans work is fascinating. Although risk intelligence tests haven't completely caught on, there's no denying that the research is ground-breaking. Just knowing your limitations can improve how you play and perform. Up until fairly recently most people assumed success at the tables was a matter of luck or divine intervention. While that's almost laughable, it speaks volumes. Of course, in this data driven world information is power. How will your newfound knowledge change your behaviour?

Casino Online would like to thank Dylan Evans for taking part in our interview.