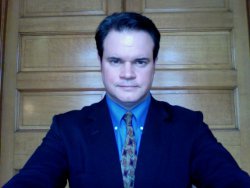 Timing Really Is Everything

Joe's interest in gambling is quite straightforward and really just a matter of chance. After meeting an acquaintance who ran an online casino in Antigua, Joe became intrigued by the industry. Brennan remembers that this was a time when everybody in iGaming was looking to go public, because gambling stalwarts such as PartyGaming and 888 had already done so. When the Unlawful Internet Gambling Enforcement Act (UIGEA) was introduced in 2006 Brennan saw it as a dangerous precedent to target certain activities just because they occur online and decided that action must be taken.

The immediate action came in the form of creating the Interactive Media Entertainment and Gaming Association (iMEGA), an organisation focused on allowing the internet to develop and grow. In addition to this, Brennan stresses the importance of iMEGA in insuring that “every civil liberty we enjoy offline, you should be able to enjoy online.” While discussing this point he makes it very clear about where his loyalties lie; with freedom on the internet rather than crusading for online gambling. It just so happens that online gambling appeared to be the first issue where civil liberties were being infringed.

The subject of much focus on this issue recently has been New Jersey’s online gambling legislation. This is due to the New Jersey state Senate passing bill S490 on November 22, 2010. This bill is the first in the US since UIGEA to legalise and regulate some form of online gambling and has been viewed by many as a landmark for the iGaming industry in the United States. Along with Congressman Bill Pascrell III and a number of New Jersey senators, Brennan has been instrumental in the success of this bill and even helped draft it.

It’s undeniable that Brennan has made a huge impact on the landscape of online gambling in the US. However, he acknowledges that there’s still some way to go as the awareness of online gambling legislation among the public and even some legislators continues to be poor. This has meant that a large part of Brennan’s workload to date has consisted of speaking with legislators and informing them of the core issues surrounding online gambling. This is more complicated than it sounds since the facts don't always speak for themselves. Brennan has to deal with lawmakers who are lobbied on the other side by stakeholders of the status quo.

In order to further increase the awareness of online gambling legislation in the US, a new organisation named the US Online Gambling Association (USOGA), has been formed with Brennan’s New Jersey lobbyist Bill Pascrell at the forefront. USOGA will focus solely on educating people about policy towards online gambling legislation and will concentrate fully on products such as online casinos. Brennan also emphasises the importance of USOGA’s duty to provide opportunities for regulators from different jurisdictions to meet and work-through key issues. The reason behind this is that Brennan appears determined to create legislation that doesn’t favour one party over another and will be acceptable to all.

The Future Of Online Gambling In America

While this all sounds very promising, it’s important to not become too optimistic and assume that regulated online gambling is going to appear throughout the US any time soon. This is certainly apparent when Brennan is questioned about how many states will be offering online gambling in the next few years. He replies: “I can’t answer that, it’s not that I don’t want to, (it’s) there are just so many factors involved.”

Brennan certainly isn’t exaggerating, as it’s taken many years and the aid of several notable political figures to get to where New Jersey is today. From Barney Frank’s efforts to Raymond Lesniak’s more successful attempts, there’s certainly no doubt about the complexity of creating online gambling legislation that works. No one knows this better than Brennan, as he lists the state of the economy, job availability and current in-state gaming as just a few of the many factors that can impact upon the legalisation of online gambling. It’s best summed up by the man himself as he concludes: “There is no simplistic answer.”

So how does Brennan, his iMEGA organisation, and the newly formed USOGA plan to raise the issue of legalising online gambling in more US states? Well the answer to that is almost as complex as the previous one. Brennan is adamant that there will be no federal law because, as he puts it: “it’s just never been a federal issue.” This means that rather than being able to drive half an hour from his Washington D.C home to the senate, Brennan and many other influential figures in this process will be taking in the sights of many more towns like Trenton, New Jersey and Harrisburg, Pennsylvania, as online gambling will be a state issue.

“If New Jersey offers everything that the industry needs, then they can make a great case for being the corporate centre for online gambling, not only for the US but for the entire world,” he explains.

The expectation among many is now that New Jersey has started to regulate online gambling, many more states will follow. For Brennan anyway, being able to provide an example of how online gambling is regulated will certainly help him in educating legislators as to how to go about drafting an iGaming bill. However, Joe is careful not to get too carried away on this point, as he emphasises how different each state’s processes and procedures are.

He adds: “You have 48 states offering some form of gaming and you have 48 different sets of state laws on gaming.”

From speaking to Brennan, it becomes very clear just how complex the whole situation is. In fact, in the turbulent world of online gambling legislation, there are really only two certainties; there’s a long way to go and he certainly has his work cut out for himself.

CasinoOnline.co.uk would like to thank Joe Brennan Jr for participating in this interview. You can keep up with Joe's musings and commentary by following him on twitter at https://twitter.com/joebrennanjr.