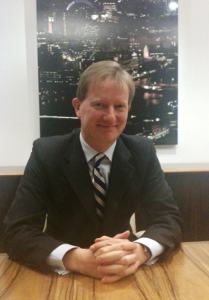 A Reasonable Critique of the Gaming Landscape

Rank Group, which owns land-based gambling venues such as the iconic Grosvenor Casinos and Mecca Bingo, criticised current gambling taxation regulation and urged HM Treasury to reconsider the current “patchwork quilt of taxation” on gambling which operates “without any apparent logic or relationship to social policy”. When asked whether the tax differences between certain kinds of gambling should be addressed, Hagan admits that “Rank’s proposal has the attraction of simplicity”. However, while Hagan observes that “whilst in an ideal world all operators should be bearing an equal tax” the “huge range and diversity of taxes that are already in place and the fierce competition between sectors” means it’s unlikely Rank’s proposal to amend taxes will be put into practice any time soon. Hagan suggests that at the moment, land-based operators believe that “online operators can target the UK market, without having to pay any gross profits tax in the UK”, which puts them at a “significant advantage”. However, in a legislative shakeup, the Department for Culture Media and Sport (DCMS) has put forward a consultation which would require, if the proposal came into law, “overseas operators to obtain a licence in the UK” if they wish to advertise to UK consumers. While the proposal does not discuss taxation, Hagan suggests that his firm is “advising clients that they should expect that HM Treasury is likely to impose a substantial gross profits tax on online operators that do apply for a licence in the UK”.

The consultation Hagan referred to was introduced by the Sports Minister, Gerry Sutcliffe, in March 2010. The proposal suggested that “operators will be required to apply for a licence from the Gambling Commission if they wish to:

a) have access to the British market. By this we mean transact with, and/or advertise to, British consumers; and/or

b) locate their remote gambling equipment in Britain, regardless of whether they intend to target/access the British market. 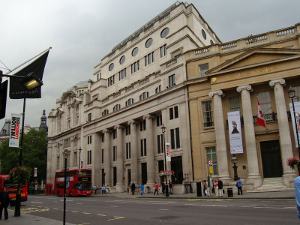 Department for Culture, Media and Sport

An Industry in Transformation

When asked how the proposed legislation would affect operators licensed in whitelisted jurisdictions, such as Malta, Gibraltar and Alderney, Hagan suggested that the proposal was, when it comes to discussing these jurisdictions, “a bit short on detail”. Hagan went on to note though, that the Department for Culture, Media and Sport, were “proposing a bespoke licensing regime, which means that when you apply for a licence in the UK, different conditions are likely to be imposed, depending on such matters as where the rest of your business is licensed and regulated, where your staff are located and where your equipment is.” Hagan suggested that if you’re already licensed in a whitelisted jurisdiction, there would be two main “benefits” to this. As Hagan explained at the time:

When asked whether gambling legislation could be improved in the UK, Hagan proposed that “the single greatest failing of” the Gambling Act 2005 “is that, in effect, the UK Gambling Commission…doesn’t regulate online gambling in this country”. Hagan notes that “one of the main reasons for the Gambling Act…was that the law needed modernising and needed a system of regulation in place to deal with online gambling”, however, as the majority of online gambling companies operate from offshore locations, the Act has been a “dismal failure” when it comes to online regulation. However, the lawyer goes on to note that the aforementioned failures are “now belatedly being addressed through the consultation”.

The Evolution of Gambling Laws

When we conducted our interview, the country was on the verge of an election. At that time the prospect of a new leader and government, or a hung parliament, left a lot of question marks. Overseas operators feared that the new gambling consultation may be side-lined by new department ministers. Hagan was even less optimistic at that time, suggesting that he didn't see gambling legislation forming a major part of Labour’s, Conservative’s, or the Liberal Democrat’s election strategy and goes on to note that all three of the aforementioned parties “seem to have fairly consistent policies on gambling”. On the topic of the consultation, Hagan made it clear that he believed the proposals put forward by the Department for Culture, Media and Sport, wouldn't be “knocked off track, regardless of who wins the election”.

Of course, since we conducted our interview, not only have the Tories taken power, but they've managed to pass the Gambling Licensing and Advertising Act in 2014. Currently all remote gambling operators that accept British players and advertise in the UK must be regulated. In addition, sites are taxed on the revenue the make from Britons, regardless of where they are located.

Even though Harris Hagan is recognised as one of the UK’s leading gambling firms, it’s clear that the company has ambitions on a global level. As Hagan explains, the company is able to advise clients on gaming in Europe through “specialist gambling lawyers” that Harris Hagan “works with to advise” their “clients on the position in Europe”. When asked whether the firm has plans for offering its legal services in the United States, if gambling was legalised in the country, Hagan suggests that “if the US market opens up, we’ll certainly be involved in that”. The solicitor goes on to note that Harris Hagan has “very strong relationships with US law firms and…would work with our clients to ensure they had the best possible advice on opportunities in that market”. For now though, the law firm is focusing on advising clients on the potential issues and key themes of the new proposed gaming legislation.

Casino Online wishes to thank John Hagan for participating in our interview. More details about Harris Hagan can be found by visiting www.HarrisHagan.com.