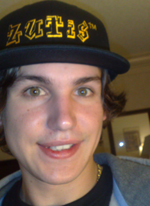 You've probably heard the expression "the house never loses". While those words might sound like a cautionary tale, it's mathematically true over time. Yet blackjack advantage players make use of various systems that can reduce or turn the house edge on its head. In response, casinos have been able to do very little, aside from allegedly threatening, beating and banning blackjack players who card count. To prevent losses, casinos rely on intimidation and catching card counters early. In the 1990s, a group of students now known as the MIT Blackjack Team took advantage of Las Vegas’ usual methods for spotting card counters and worked in large groups. There were of course MIT team predecessors, but none had used such methods before. Eventually the casinos caught on, but the team allege that they won “millions” through their previously undisturbed card counting.

It looks like that the “edge” on blackjack may once more be tipped in the house’s favour though, through Kris Zutis’, a research assistant at the University of Dundee, and his supervisor Dr Jesse Hoey’s, new card counting detection software. Using a system which features algorithms designed to track a player’s betting patterns and analyse them alongside previous hands dealt, Zutis’ research has generated an immense amount of interest in the casino industry. Fortunately, Zunis and Hoey had plenty to say about the system and how they envision it will help detect card counting in casinos. 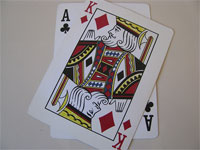 A Meeting of Minds: How the Blackjack System Began

While Zutis’ blackjack system has made the headlines in the past few years, if it wasn’t for a computer vision module, the system might never have been developed. In his last year of university, Zutis opted to take a module in the aforementioned topic and around the same time, was beginning to work on his final year project. Interestingly, Zutis initially wished to devise a system for Pot Limit Hold'em, which would “inform the dealer/players of the maximum bet they are allowed to place”, but both student and professor soon realised that blackjack would prove a “slightly simpler game to focus on”, noting that poker “involves many more factors, and is a harder game to predict and track.” After deciding to work on a blackjack system, Zutis and Hoey set to work on piecing together a tool which could accurately monitor blackjack games. For the none-technical minded, Zutis’ work may appear both intimidating and confusing, but fortunately, he was good enough to explain it to us:

An overhead camera is used to monitor the game as it progresses. As each card is dealt, the system uses computer vision techniques to identify the card, allowing the system to keep its own card count, as well as to track the status of the game (player score, dealer score etc.). The camera used is a stereo camera, which means that it has two, horizontally offset lenses, unlike most consumer cameras that have a single lens.

Utilising two lenses means that the system can then work out the number of chips a player has placed on a blackjack hand. Zutis notes that this is how the system is able to work out whether a player is card counting, as it will compare “the size of the player’s bet for each hand, to the value of the card count for the corresponding hand.” If a card counter then begins to vary their bets as they know particularly useful cards will be dealt, “there will be a correlation” between the wager and “the value of the card count”. However, if the player isn’t basing their wager on the card count, Zutis suggests “there will be little to no correlation between their bet values and the card count”.

To gather data on how the blackjack system could detect card counting and aid dealers, Zutis headed to a local Gala Casino and began discussing his ideas with employees and players. Zutis soon found that “an automated monitoring system that detected card counters and dealer errors would be well received” by casino staff. Zutis notes that his system won’t impress card counters and openly admits that he didn’t have access to many advantage players, observing that they wouldn’t want to be “exposed” to a system which would help “combat them”.

The fact that Zutis’ creation may put an end to card counting has made him a scapegoat for venting blackjack players over the past few years. BlackjackHero.com, has suggested that Zutis originally wanted to “sully his own game (of poker)”, before cracking down on blackjack and ending a rather derisive post on the student by observing that he can’t imagine “anyone liking a guy who sells out to the casinos’ side.” However, it pays to remember that Zutis has created a potentially innovative system, combining streams of technology and using them in a unique manner. Surprisingly, the University of Dundee graduate remains particularly modest on the subject, suggesting that his system isn’t “the only weapon” casinos have against card counting; noting that what really separates it from other forms of security, such as RFID casino chips, is the use of computer vision and its “unobtrusive” nature.

Derren Brown and the Future of the Blackjack System

While card counting’s popularity has never waned, it reached a peak in the UK just a few years ago when Derren Brown revealed his card counting techniques, which combine both psychology and mathematics. We asked Zutis whether the blackjack system he has created could detect Derren Brown’s casino know-how. On the basis that Brown utilises “advanced memory skills/card counting to beat the casino”, the student observed that the system could detect his technique, if “he increased his bets when it was more advantageous for him to do so”. Zutis’ system would also be able to catch out Brown’s psychological techniques noting that if he “encouraged the dealer to pay out when he should not, our system would detect this as a dealer error”. However, the graduate admits that “Derren Brown is a genius, so I doubt he’d have trouble finding another way to win”.

On a more general level, we wondered whether the system would readdress the advantage card counters have over casinos. Zutis’ supervisor, in response to our query, noted that “humans are much smarter than computers, and will probably be able to 'outsmart' the machine for some time to come”. Asked who would win in the long standing battle between casinos and players, Hoey proposed that at the moment, “it’s very hard to say”.

When asked about whether the system’s basis can be used for other games, Zutis suggested that “the chip detection algorithms could certainly be utilized in the detection of collusion in games such as craps and roulette”. The research assistant went on to note that future advances of computer vision may mean that “more researchers are applying the technology to security issues, so there are bound to be more possibilities for reliably detecting cheating and collusion between players and dealers”.

So who knows, Zutis’ and Hoey’s software may be watching you play in a few years' time... For now though, card counters in Las Vegas casinos and the like are safe from Zutis’ and Hoey’s creation, as the latter has suggested that the system would need “another year of work” to “produce a system that was ready for testing in real casino environment”. However, after this point, the computing professor believes it could prove a viable commercial product.

<уь>CasinoOnline.co.uk wishes to thank Kris Zutis and Dr Jesse Hoey for participating in our interview. 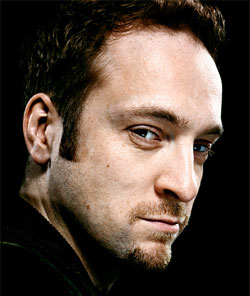