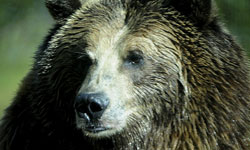 The Bearing Witness To Callousness

The Bear isn't one of those amateur bloggers who is content to relate information that you can easily find elsewhere. He’s well versed in what goes on in Sin City, largely because he experiences it first hand as an active advantage blackjack player or card counter. Beginning his advantage career after reading Beat the Dealer, over the years the LV Bear has felt the rough end of casino hospitality several times. It’s a commonly accepted fact that casinos don’t favour counters, but nothing could prepare us for the Bear’s comment that the worst he’d ever experienced was in the Rio Las Vegas and Cal-Neva in Reno: After being suspected of card counting, the “casino security guards committed serious crimes (against the Bear)... which of course went unprosecuted”. Such harsh treatment seems unfair, unethical and illegal, but becoming a card counter means that you unfortunately have to deal with such wrongdoings in order to make a living. In fact, the Bear sees casinos these days as “work”:

Many successful advantage players, myself included, despise casinos and don't like playing at all...If there is no advantage, there is no reason to spend even one minute in a casino. Casinos are miserable places, but millions of people enjoy them and somehow find "entertainment value" in them. I find no entertainment value in casino games, nor do most successful advantage players. 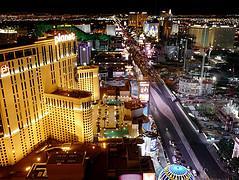 An Identity Under Wraps

In order to make a living and avoid harassment by casinos, the Bear keeps his identity tightly under wraps. If you regularly read gaming blogs by so-called experts, you’ll find that they often shout about how they have a system which can beat the house and proudly put their name on it. For the Bear, this isn’t a possibility he could even begin to entertain and suggests that those who do advertise their casino-beating secrets tend to be “burnt out from playing and can no longer play because they are recognized everywhere that has playable games”. While the Bear can understand why blackjack card counters publicise their methods once their playing career is over, one thing he can’t quite grasp is why “the prominent former players who have crossed the line to the dark side” now advise “casino executives on how to detect card counters”, noting that such behaviour is “despicable”.

To keep playing and protect his bankroll, the Bear focuses on just his gameplay when visiting a casino. While he admits that he “can quickly form a reasonable opinion based on how someone plays certain hands”, he tends to keep to himself and tries to play at a table alone. The lonely aspect of the Bear’s career seems to be essential to his success, as to engage in casino games as a way of entertainment is a “ploppy” trick; defining “ploppies” as “a typical uneducated casino patron...a chump gambler”. The Bear quotes the “old saying” that “the gambler sees money as a means to get action; the advantage player sees action as a means to get money.” Such an idea seems essential to understanding the mind of an advantage player like the LV Bear.

While Las Vegas offers a wide range of casinos, the Bear suggests that the landscape and economy of these gambling venues has changed dramatically over the past few decades. The Bear has observed that over time the “quality of games and integrity of casino employees (in Las Vegas) has deteriorated. The lack of competition, and control over most of the major facilities by just a handful of greedy operators, has hurt all patrons”. As if to hammer the final nail into Las Vegas’ gold lined, white marbled coffin, the Bear suggests that the city’s casino industry “no longer offers good value for the average visitor”. According to LV Bear, online casinos aren’t much better either, as “constant shuffling” means the “games are generally unbeatable”. The Bear observes that “the online operators” appear to have taken “lessons in greed from their brick-and-mortar counterparts.”

However, the Bear believes that the Unlawful Internet Gambling Enforcement Act (UIGEA) should be repealed, suggesting that it’s a “stupid law”. When we asked whether legal US online casinos would change the way land-based casinos operate, the Bear didn’t hold high hopes, but in a rather malapropos manner, did optimistically suggest that “it would be nice if the land-based casinos would be forced to offer better games to fend off the new competition”.

First though, it should be considered whether the United States is ready for legal online casinos. Las Vegas’ reputation was marred by the role of mobsters running casinos in the past and, worryingly, the Bear suggests that corruption is still rife in the city, noting that governments are “too dependent” on casino revenue to question their business practices. Asked whether the United States casino industry would ever clean up its act, the Bear harrowingly suggested that “unless forced to do so, casinos have no incentive to clean up. I have not seen any serious governmental action in any jurisdiction in the U.S. to try to curb the widespread patron abuse and wrongdoing.”

It seems that there’s more to card counting than mathematics. You also have to become anonymous, courageous and reserved. It’s a tough job, but someone’s got to do it and in this case, it’s the LV Bear. Fortunately, if you want to follow in the Bear's footsteps or paw prints, you can learn from his insight. Yet even if his cautionary and informative tales don't speak personally to you, they're definitely newsworthy and entertaining.