Wijsman first started in the gambling industry several years ago and began by advising European casinos as well as working his way through the management ranks. Wijsman’s specialisation is Total Quality Management (TQM), a management process which aims to improve customer satisfaction, and he explains that over a decade ago, he was advising several casinos throughout the year. As Wijsman explains, he realised:

I’m flying to all these casinos, telling slot managers the same thing. Maybe, I should sit still in one place and tell the slots managers to come to me, all at the same time.

This idea became the Slot Academy – a series of educational courses that have grown dramatically over the years. Initially, Wijsman planned just two Slot Academy courses. However, each year attendance at the Slot Academy has exponentially grown and, as Wijsman explains, a turning point came when he hosted a course in Russia. Not being fluent in the language, Wijsman employed the services of an interpreter. When he found that his students were still able to follow his course with the aid of an interpreter, he realised that “the world had, all of a sudden, become a very big place.” Wijsman has since hosted courses in Mexico, Chile, Singapore, Germany, and even Peru.

The University of Nevada's Gaming Management Program has also inherited Wijsman's global attitude. Wijsman initially attended one of the university’s gaming courses "to find out what the competition was doing", but soon found that there was "synergy", in the place of competition. By chance, one of the university’s teachers became ill and Cheryl Olson, the course director, asked Wijsman to step in. In return, Wijsman asked Olson to attend a Slot Academy course in Columbia. Now, thanks to their partnership, students on Wijsman's Slot Academy course receive credits for the University of Nevada’s Gaming Management Program and a certificate. The benefits are mutual for both parties, with the Slot Academy receiving more exposure in North America and the University of Nevada receiving more coverage in Europe.

As Olson explains, the University of Nevada started its gaming management courses in 1989, in response to "the growth of the gaming industry in Nevada." At the time, the university's educational program catered solely for Nevada's casino industry. However, within just a few years the university course started attracting students from outside of Nevada, and then outside of the US, leading the educational establishment to "expand" their program across Europe. Olson observes that it's:

Important to have an educational opportunity for the industry, because it helps legitimise the business. There’s such a social stigma with gambling and, without having some sort of academic or theoretical study on the business and looking at it from a business perspective, that’s going to continue. 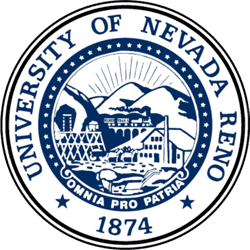 Given the effect the recent recession has had on Las Vegas casinos, you'd be forgiven for thinking courses such as those offered by the University of Nevada and the Slot Academy wouldn’t be in particularly high demand. However, this isn't the case as Olson explains that while only businesses were implementing training "company-wide", now "employees themselves are actually taking more steps to pursue educational experiences." Demand for the courses that the university offers "is probably higher than ever"; there has "just (been) a shift in the way that it’s being pursued."

Wijsman echoes these sentiments, suggesting that last year was "the best year" on record for the Slot Academy. The case used to be that attendees on the courses were largely from equipment supplier companies. However, the firm saw a "big decline" in the number of attendees from suppliers over the past few years, but Wijsman also noticed another trend, in the form of an increase in the number of people who paid for the courses themselves. As the Slot Academy principal explains, these were "people who were out of a job" and were looking to develop a new skill set.

The annual Slot Summit continues to grow organically year over year. Although the 2017 location hasn't been finalised, it is set to be the largest convention put on by the Slot Academy and University of Nevada, to date. Split over four days, the course covers all the essential components of a slot manager’s day-to-day work, including data, marketing, floor design, reconciliation, and control. The Slot Summit always features some of the best speakers in the industry, ranging from Paul Steelman, the architect behind iconic casinos buildings such as the Sands Macao, as well as Bruce Rowe, of Bally Technologies, the Slot Summit has an unrivalled line-up. Indeed, Wijsman is expecting sparks to fly at the summit’s closing question and answer panel. The principal explains that participants at the summit will be able to "ask the questions they were always afraid of asking", humorously observing:

The idea of the panel is that we get into a fight, because we do not necessarily have to agree there: We want to fight.

Anyone who is interested in offline or online gambling will surely want to keep future Slot Summits top of mind. You can learn about past and upcoming events around the world by visiting slotsummit.com.

CasinoOnline.co.uk wishes to thank Lucien Wijsman and Cheryl Olson for participating in our interview.