Prohibition At A Price

Since news of the indictment and civil complaint first hit the press, several online poker rooms have begun turning away US players and the effects of what’s now known as ‘Black Friday’ are still being felt. While some industry insiders believe that the US government’s prohibition on gambling – akin to the early 20th century ban on alcohol – is finally kicking in, others believe officials are simply trying to clean up before they introduce new regulation.

Putting the federal investigation aside, it’s clear that without regulation across the United States, the unsavoury aspects of online gambling, such as allegations of money laundering and fraud, will continue to spread. Indeed, the Safe and Secure Internet Gambling Initiative aims to safeguard the rights of consumers. Experts and gambling fans believe that the US government should legislate, not prohibit.

The Safe and Secure Internet Gambling Initiative formed in 2007 and has constantly strived to “raise awareness about the fundamental flaws of UIGEA”. As Waxman explains, the mission of the initiative

is to provide Americans with the freedom to gamble online in a safe and secure environment, which can best be achieved by regulating the industry at the federal level. 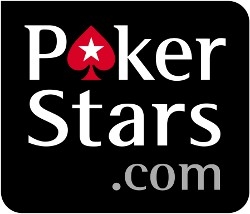 A Case For Safety

One of the Safe and Secure Internet Gambling Initiative’s main focuses is the fact that, without regulation, national safeguards and guidelines can’t be introduced to protect the most vulnerable. Alongside this, Waxman makes clear that introduction regulation, “would allow the U.S. to create hthousands of new jobs and capture billions in economic expenditures and much-needed government revenues”.

The initiative highlights that the economic benefits of a US-facing online gambling industry are currently denied to Americans, a point which is of particular importance given the fact that while PokerStars, Absolute Poker and Full Tilt Poker predominantly catered to the US, the companies were respectively licensed in the Isle of Man, Kahnawake and Alderney. With no head office in the US, PokerStars, Full Tilt and Absolute Poker were free to operate in the US, without contributing to the country’s economy.

Black Friday has also highlighted just how complex US online gambling laws are. Online sports betting is considered to be illegal in the US, however, casino games and especially poker operate in what could be considered a legal grey area. While it is illegal for banks to transfer funds related to online gambling, some believe that the law doesn’t explicitly rule out the operation of online casino and poker rooms. Add to this the argument that poker isn’t a game of chance, but one of skill, as well as certain state-specific laws, and you’re left with patchy and inconclusive legislation. The Safe and Secure Internet Gambling Initiative believes “that all forms of gaming should be legally available online.” As, on order to best protect problem gamblers and consumers, regulation should be brought in which covers all online gambling games, ranging from sports betting to poker.

Speaking about the turbulent events of Black Friday, Waxman unabashedly admits that the efforts of the federal government “to crack down on various offshore Internet gambling operators is a waste of time and resources, since it will do nothing to protect consumers.” Indeed, when news broke of the crackdown, many players flocked to social media websites such as Twitter to find out which US-facing poker rooms were still accepting players.

As Waxman explains, even though the federal government managed to take down three sites, “there are thousands of others willing to accept wagers in the US.” In order to protect consumers and offer Americans the freedom to gamble, there is an urgent need to “create a federal regulatory framework to control the activity.”

Given that individual states have their own disparate laws governing gambling, American players will likely find themselves at the mercy of local laws for the foreseeable future. Interestingly enough, Poker Stars has legally returned to the USA in the State of New Jersey. Unfortunately, play is limited to residents of the Garden State who are physically located inside New Jersey's borders. Still, tiny steps in the name of legalised gambling are certainly better than none at all. Of course, laws and the social norms that influence them are a lot like dominos. Once one falls, good luck to the others. It really goes to show you just how fortunate players in the United Kingdom are.

CasinoOnline.co.uk would like to thank Michael Waxman for participating in our interview.