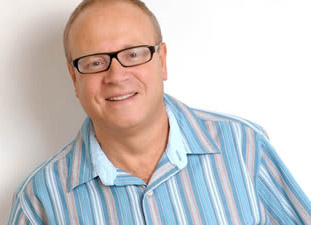 An Entirely New Kind of Betting

After being introduced to Betfair, Nordsted recalls in his book how he returned home to visit the sports exchange section of the bookies’ website. When asked why he chose to revisit the website and consequently set up an account, Nordsted told us that the idea “that you could in effect become the bookmaker” and bet on a team, or horse losing, appealed to him greatly. As an accomplished sports trader, Nordsted admits that while “of course it is not as simple as that”, Betfair’s unique twist on gambling was what encouraged him to examine the site in more detail.

However, Nordsted knew that in order to really take advantage of Betfair’s unique bets, he’d have to apply discipline and strategy. When asked how much he’s managed to win through Betfair, Nordsted shies away from an exact figure. For those of us who are used to casinos gameplay, the lack of desire to pinpoint an exact figure may suggest that Nordsted hasn’t won very much, but in sports trading, different rules apply. Rather than going all in looking for jackpot wins, Nordsted (and other sports traders) instead favour systems which allow him to create “regular small sized profits.”

The Disciplined Way to Wager

The beauty of Nordsted’s trading systems, which are all discussed in Mastering Betfair, is that they allow him to know what his “profit and loss is” before he begins trading. Knowing your expected win to loss ratio before wagering makes a stark difference to casino online gaming and Nordsted alludes that sports trading and casino gambling are indeed inherently different.

While Betfair’s casino and betting exchange may just be a few clicks apart, sports traders such as Nordsted appear to rarely venture into Betfair’s online casino. Admittedly, the author has played blackjack in Las Vegas, but apart from a few for fun sports bets, Nordsted “sticks exclusively to trading the markets”. While such discipline may put off potential sports traders, Mastering Betfair gently eases you into the mind set of successful Betfair users and is aimed at casual bettors who wish to better their current success on the markets. As Nordsted notes, Mastering Betfair “is really aimed at the guy who has opened a Betfair account placed a few bets and maybe dipped his toe into trading and would like to take this further”.

The author observes that Betfair prefers casual bettors as customers, but there’s no real reason why such users cannot become successful sports traders. Nordsted observes that whilst he would be effectively in the dark with regards to how management changes at Marks and Spencer’s would affect his financial trading, with sports markets he can examine “the effect an injured Wayne Rooney has on Manchester United’s chances of winning a game”, making Mastering Betfair perfect for those who have an interest in sport and wish to use this to their advantage. For those looking to become sports traders, Nordsted recommends you begin “experimenting” on “various markets using minimum stakes”, which will allow you to grasp each market and examine which one is right for you. Nordsted also suggests that the “most important piece of advice” he can give to Betfair newcomers “is to keep a diary of your trading activity”, which will allow them to review trading activity and highlight errors.

Such advice can also be found in Mastering Betfair, which gives the average bettor the “necessary tools” to begin “profiting regularly from trading the sporting markets”. Whilst Nordsted’s title focuses unsurprisingly on Betfair, the author also recommends opening a Betdaq account and informed us that, once the Unlawful Internet Gambling Enforcement Act (UIGEA) is lifted, Betfair will face “some serious competition”.

Getting Started With Betfair

For now though, if you’d like an introduction into Betfair’s unique and versatile sports betting exchange, then (just as we suggested in our review of the title), we really do recommend Mastering Betfair. Alternatively, should you wish to utilise bespoke sports strategies, you can subscribe to the X-Report, through which you will “receive a document that contains statistics, charts and full analysis of the major upcoming sporting events”. Those who are looking to take the next step and trade “on a more professional level” can also join the X-Club, which is “an established network of Betfair Traders”. More details on all of the above and Mastering Betfair can be found at PeteNordsted.com.

Like most forms of gambling, people are inclined to dive right in and go with their gut, even when they know being prudent is far more profitable. Given the marketplace-like structure of Betfair, new users are less likely to throw caution to the wind. That's probably because the site is a grand departure from most forms of betting. Fortunately, Pete Nordsted really is the perfect tour guide for beginners and anyone who has dabbled without much success. If you take the time to learn the fundamentals and follow his advice, you can start betting like a champ from the get go.

Casino Online wishes to thank Pete Nordsted for participating in the interview. To learn more about Mastering Betfair, visit PeteNordsted.com.