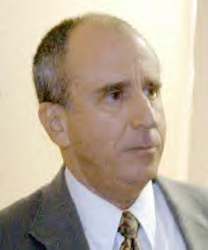 Miller first began investigating Rizzolo when the strip club owner opened a new, extended bar “without a building permit, additional parking spaces, traffic plan, or certificate of occupancy from the fire department”. To still be legally allowed to open any sort of public entertainment venue without any of these requirements would usually be impossible and Miller became interested about just how Rizzolo had obtained the permission of officials such as former Las Vegas Councilman Michael McDonald. For the past eleven years, Miller has documented the exploits of Rizzolo and his council cohorts (McDonald wasn’t re-elected in 2003 and it has since been discovered he was receiving kickbacks of $5,000 a month from Rizzolo) and has collected his findings on www.AmericanMafia.com/Inside_Vegas/Inside_Vegas_Archive.html. In 2000, Rizzolo attempted to sue Miller for libel, but undaunted, Miller knew that the truth would prevail. However, as he told us, Rizzolo hasn’t left him alone: Over the past few years, the journalist has “received several written death threats and shared them with the police and FBI”.

Miller soon found that Rizzolo’s influence and danger to Las Vegas citizens extended far beyond his ability to wine and dine councilmen though. In October 2001, Kirk Henry had his neck broken by a bouncer at Rizzolo’s strip club, over an $80 bar tab. Henry, who has been paralysed since the attack, sued Rizzolo for attempted murder. Rizzolo denied that Henry had suffered a beating from one of his employees, suggesting in a letter to the Las Vegas Tribune that Henry merely “tripped”. Five years later, the Las Vegas Attorney’s Office revoked Rizzolo’s liquor license and, as part of a plea deal, Rizzolo and his employees “admitted to tax fraud, conspiracy to participate in racketeering and seeking to extort payment from club patrons”. The Las Vegas City Council also issued Rizzolo with a $2.192 million fine and, as part of his plea agreement, Rizzolo vowed to pay the Henry's $10 million in compensation. In 2007, Rizzolo was sentenced to a year and a day in prison, but since being released, the Henry’s have received $1 million from Rizzolo's insurance company (not from Rizzolo personally) and are still waiting on the remaining millions owed to them. When asked why Rizzolo has managed to avoid paying the couple what he owes them (some would argue he owes them a lot, lot more) Miller suggested that he has “long believed Rizzolo has bought protection over the years and that Mr. Henry's case is being stalled by those subservient to Rizzolo until Henry either dies or settles for pennies on the dollar”. 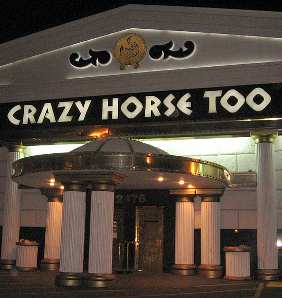 Uncovering A History Of Misconduct

Critics have suggested that Rizzolo’s connections have meant that the former club owner has managed to steer clear of major punishment. When you consider that former Mayor Oscar Goodman used to be employed as his legal representative, it could be suggested that Rizzolo’s influence is far-reaching. Miller alleges that Goodman still has links to Rizzolo, suggesting that “Goodman, through his son's and business partner's law firms, is still representing mob figures including Rizzolo.” It may seem odd that voters would elect a man who’s been heavily involved with mob figures such as Tony “The Ant” Spilotro and Frank Cullotta, as well as Rick Rizzolo, but Miller believes Las Vegas residents just aren’t taking their politics seriously. Miller proposes that Vegas citizens “often vote for those with the highest name recognition like Goodman”. Miller, clearly jaded by the dirty politics of his city, suggests he has witnessed “time and again the stupidity of the average Las Vegas voter with who they continue to elect to public office, then treat the politician like a rock star afterwards, no matter how crooked the elected official may become.” It should be made clear that while Miller has his doubts about Goodman, the mayor at the time we conducted this interview has been credited with regenerating the city and has been described by Ed Koch, a journalist at The Las Vegas Sun, as a “stickler for parliamentary procedure”.

When we asked Miller about then Mayor Oscar Goodman’s plans to open the “Mob Museum”, an attraction in Las Vegas that aimed to document “organized crime and law enforcement as each confronted the other”, it was obvious that Miller saw the exhibition as merely a vanity project for the mayor. The journalist proposed that he’s ashamed…

of having to live in a town (Miller makes it clear that Las Vegas hasn’t matured enough to be called a city) that would take public funds to glamorize the former (and current) clients of a mob lawyer-turned-mayor. The Mob Museum will do nothing to attract new, clean, high tech industry to Las Vegas, and will serve to further embarrass local residents who have long tried to show a better face for our town.

of having to live in a town (Miller makes it clear that Las Vegas hasn’t matured enough to be called a city) that would take public funds to glamorize the former (and current) clients of a mob lawyer-turned-mayor. The Mob Museum will do nothing to attract new, clean, high tech industry to Las Vegas, and will serve to further embarrass local residents who have long tried to show a better face for our town.

A Constant Crusade Against Corruption

While those of us outside of Las Vegas may see the mob as part of the city’s dark past, for Miller and others campaigning to clean up corruption, it’s still a daily part of their lives. Perhaps what’s most disturbing is Miller’s admission that casinos in Las Vegas now “mainly serve as drug money laundries for the mob” and “condone the use of massage parlours and escort services because such enterprises discourage gamblers from leaving the tables for more than an hour or so.” While the term, “what happens in Vegas stays in Vegas” may seem to most of us a reference to losses in a casino and perhaps over-indulgence when it comes to alcoholic refreshments, for Miller, the phrase holds much darker connotations in more ways than you might ordinarily expect.

Since we conducted our interview, the Mob Museum opened to great fanfare. In many ways, the National Museum of Organized Crime and Law Enforcement, as it is officially known, is Oscar Goodman's legacy. The mayor, who was a defence attorney for Mobsters earlier in his career, no longer directly holds the keys to the city due to term limits. Interestingly enough, Oscar's wife Carolyn Goodman was elected in 2011. No matter what your particular politics happen to be, Miller's point about name recognition are as valid as ever.

CasinoOnline.co.uk wishes to thank Steve Miller for participating in the interview. For more details on Rick Rizzolo and Steve Miller, please visit www.AmericanMafia.com/Inside_Vegas/Inside_Vegas_Archive.html.