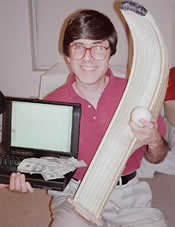 Success From The Start

Skiena’s love for jai alai began as a child, when his family packed up their bags and headed out to Florida for a holiday. Skiena’s parents took their sons to a jai alai fronton and after picking a bet on Pepe’s Green Card, the two brothers were able to treat their parents to a meal thanks to their $124.60 win. One of Skiena’s key influences behind the style and form of the book is Bill James, whom the author describes in the preface of Calculated Bets as a “popular writer” who uses “advanced statistical analysis and historical research to unearth hidden trend and overturn conventional wisdom”. The same can be said about Skiena and, when asked how the thrill of jai alai contributed to his academic choices, he noted that “gambling is the application of probability theory and combinatorial mathematics best appreciated by the general public”, and went on to suggest that “thinking about the statistics on the back of baseball cards and playing with gambling systems probably had more to do with turning me into a mathematician than anything else.” 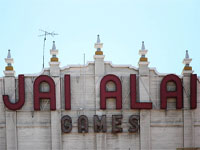 The Intersection Of Mathematics And Gambling

Calculated Bets focuses on Skiena’s various creations and mathematical models that were used to accurately predict the outcome of sports games. From his early teenage invention known as Clyde to the jai alai betting machine that is Maven, Skiena book charts an arduous journey of applying mathematics to gambling. This isn’t a particularly new idea, as Ed Thorp’s Beat the Dealer trod along the same lines and Skiena notes that all gambling books should incorporate mathematics, “because mathematical ideas underlie every gambling venue I can think of” and advises that “if you don't understand the mathematics, you shouldn't gamble”. Such comments may seem controversial, but consider this: Only the very best card counters and academics such as the Eudaemons can really beat the casino and, as Skiena proposes, this is because “mathematicians will always be out there looking for an edge”. While card counters might be shooed out of casinos by Kris Zutis’ blackjack system and other forms of detection software, Skiena observes that one of the most interesting venues for mathematicians and computer experts interested in beating the system would be online poker, particularly “developing poker-playing bots to play online.”

The success of Calculated Bets shows how professors such as Steven Skiena can only maintain an edge for a relatively short period of time. When asked whether Maven was still running, Skiena told us that the jai alai system had to retire, because “since jai-alai is a pari-mutuel sport, there is no way it could continue to be profitable once the book was published, because other bettors would follow a similar strategy and reduce the resulting payoffs.” Maven was created as a team effort and students such as Roger and Dario, who worked on the system whilst completing their degrees, have gone on to become academics themselves at the University of Tulsa and Harvard respectively. Unfortunately, jai alai hasn’t prospered over the past few years and the Milton fronton, which Skiena and his students visited when tweaking Maven has since closed down. However, after Maven had proved itself, Skiena donated the winnings to his university, in order to “purge” his soul and “cover his butt”. A plaque commemorating Maven now stands on Stony Brooks Hilley, meaning that a little piece of jai alai and Maven will forever be commemorated and remembered.

If you’re travelling to the United States and would like to check out a jai alai match, then Steve recommends you visit Dania or Miami’s respective frontons “while you have the chance”. The sport is undergoing a relative renaissance in the State of Florida. If you are more of sportsman than a spectator or gambler, you'll want to check out the amateur count it St. Petersburg that prides itself in being open to the public.

CasinoOnline.co.uk would like to thank Steven Skiena for taking the time out of his busy schedule to participate in our interview. You can learn more about the State University of New York Computer Science Professor's work, Maven, and other creations by visiting Jai-Tech.com.