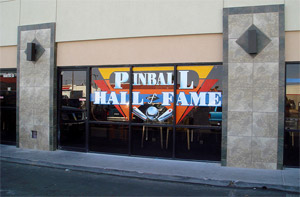 Get Acquainted With The Hall Of Fame

Located opposite the Liberace Museum, of all places, the Pinball Hall of Fame (commonly abbreviated to PHoF) is tucked out of sight and approximately one mile away from the MGM Grand. Such distance may concern museums in other cities, but as Arnold suggests “with the sheer volume of tourists, even if a small fraction comes to your museum, you will do well”. Arnold also suggested that the Pinball Hall of Fame naturally attracts visitors, as many tourists visiting Las Vegas soon become “sick of gambling and want something to do other than the slots”. The Pinball Hall of Fame appears an anachronism in Las Vegas. As Arnold notes, the museum and its team of volunteer staff promote an atmosphere which is based around fun, not how much you’ve won or lost. Arnold makes clear that the Pinball Hall of Fame offers a sanctuary from everything gambling related in the city, noting that they don’t even allow games such as Skee-Ball which he believes “just teach kids how to gamble” as they “have little or no skill as a part of playing them”. Arnold makes clear that pinball is a game of skill, as “with the flippers and shaking the machine, you can control where the ball goes most of the time”.

Housing over 200 different pinball machines and classic arcade games, including, “several one of a kind prototype games” (as well as pinball machines such as WIZARD, which has the honour of being the first pinball machine to feature a theme licensed from a movie), Arnold began the Pinball Hall of Fame after living in Las Vegas for 16 years. When asked why he chose to move to Vegas, Arnold suggested that he wanted “to move to a large tourist town that was warm and dry”. The wear and tear of his prized pinball collection (Arnold has hundreds) also played a part in the move, as “metal parts do not like humidity”. Arnold set up shop in Las Vegas after selling an earlier business, Pinball Pete’s, to his brother.

Of course, unlike many museums and galleries, the Pinball Hall of Fame is fully interactive. All you need is some quarters and you can experience the game first-hand. Naturally, there's a working change machine just like in the old days, which means you skip the detour to the bank. 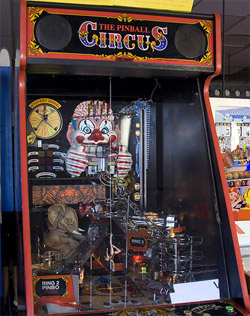 In a city so obviously founded upon a love for money and risk taking, the Pinball Hall of Fame sticks out like a sore thumb. As Arnold notes, the museum is “unique”, not only because it’s one of the few places in the world which celebrate the pinball machine, but also because it’s so vehemently opposed to Las Vegas’ capitalist streak. Arnold shies away from opening museums in other cities, suggesting that “you should do only one thing, and do it really well”: Not a statement you can imagine Las Vegas entrepreneurs such as Steve Wynn uttering.

Perfect For The Whole Family

While Las Vegas has become more family friendly over the years, wholesome entertainment rarely comes cheap. Fortunately, the Pinball Hall of Fame harkens back to a simpler and more affordable time. For visitors looking for an escape from the casino circus that is Las Vegas, the Pinball Hall of Fame and Museum offers an ideal retreat. However, it’s much more than just an escape. Check out the museum and you’ll be entertained and amused. As Arnold suggests, it’s one of the few buildings in Vegas which is “totally family safe” and “for just a few quarters”, you can play an amazing array of pinball machines. With a fantastic selection of games, the museum is perfect for avid gamers or just about anyone looking for a dose of nostalgia.

Make sure to visit the museum’s website, PinballMuseum.org for more details. If you plan on stopping by, you'll be pleased to know that the museum is located just off the strip and admission is free. Details on how to donate to the charity are available on the website, or are available by e-mailing [email protected]

CasinoOnline.co.uk wishes to thank Tim Arnold for participating in the interview.