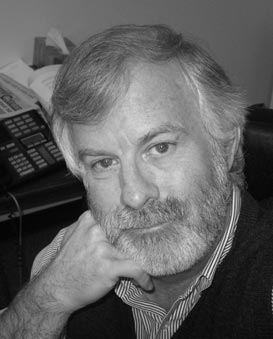 At Home In Nevada

Moreno first began publishing articles on the traditions of Nevada several years ago, often venturing across the state in search of rarely reported areas of the region. As a regular columnist in several Nevada newspapers and editor of “Nevada Magazine”, Moreno’s field-work meant that he was constantly meeting people and viewing attractions which would one day end up in his books. As Moreno notes, “those two decades of travelling around and gathering material really served as the foundation” for his later works, particularly Nevada Curiosities. The book, as Moreno observes, was born out of initial conversations regarding Arizona Curiosities, a publication by Sam Lowe. Through initial conversations with friends, Moreno was introduced to the editor of Globe Pequot Press and they discussed why the quirks of Nevada had yet to be documented. Soon after, Moreno began work on the book, with both publisher and author suggesting that the title would be a “good fit” for Moreno.

Indeed, it’s difficult to imagine an author more capable than Moreno when it comes to discussing the intricacies and quirks of Nevada. Moreno introduces Nevada Curiosities with a reference to Maureen Stapleton, a character in Woody Allen’s film Interiors, suggesting that just like Stapleton, Nevada is “just a little bit louder than it ought to be, a little bit brighter than it needs to be, and, perhaps, a little bit less cultured than it wants to be”. In our book review of Nevada Curiosities, we drew attention to the aforementioned lines, suggesting that Moreno is one of the few writers who “has the ability to accurately describe the elements of Nevada” and, after discussing the Silver State with him, it’s clear to see he’s still endeared by the area. When asked which curiosities from his book he particularly favours, Moreno celebrates the cultural and spontaneous elements of the state, drawing attention to the “Shoe Tree”. As Moreno explains:

The Shoe Tree is a giant cottonwood in which people have hung literally hundreds of pairs of shoes over the past couple of decades. It’s not the result of any organized effort but rather is a kind of spontaneous public exhibition of footwear in the middle of nowhere!

Heading Beyond The Strip

Moreno also notes how the state has more to offer than just gambling. Echoing Tim Arnold’s, owner of the Pinball Hall of Fame, comments on Las Vegas and the wider area, Moreno suggests that “when it comes to Las Vegas, it’s important to realize there are plenty of interesting places, people, and things not found on the famous Las Vegas Strip.” In particular, Moreno recommends that visitors in Las Vegas looking to step outside of the neon casinos should check out buildings such as “the Pioneer Saloon in the near-ghost town of Goodsprings, which is about 45 miles out of Las Vegas”. Moreno informed us that the Saloon is “where actor Clark Gable sat and got drunk while waiting for search crews to bring the body of his wife, Carole Lombard, from an airplane crash site on nearby Mount Potas”.

If you’re interested in exploring the darker side of Nevada, then Moreno’s Mysteries and Legends of Nevada is a must. In this 2010 release, Moreno discusses 17 of what he believes are “the best strange tales about the state”. When speaking to the author about this title, it’s clear that the research and subsequent writing has interested him immensely, as Moreno notes:

This may have been my favourite book to write because it gave me a chance to just explore all the odd rumours and bizarre legends that I’ve heard over the years, such as the one about Nevada’s U.S. Senator Key Pittman dying just before his re-election, so his handlers allegedly put his dead body in a hotel bathtub filled with ice to prevent voters from finding out until after the election. I think the evidence is pretty clear that it’s a myth but it’s a great story nonetheless. I was also able to write about Area 51 and the rumours that have surrounded that place for years as well as several unsolved crimes such as, who really killed Bugsy Siegel and who tried to knock off Reno casino owner and former gangster Lincoln Fitzgerald?

After the publication of Mysteries and Legends of Nevada, Moreno published A Short History of Carson City. Despite the subject matter, the book is perfect for “non-scholars” interested in learning more about this particular area of Nevada. Moreno does a stand up job of illustrating how Nevada's capital evolved from a humble trading post to a thriving desert capital.

Moreno recently branched out beyond the Battle Born State to explore the Land of Lincoln. Readers who are interested in the Midwest will want to pick up Myths and Mysteries of Illinois as well as Illinois Curiosities. Yet Moreno hasn't abandoned the Sagebrush State. Moreno admits that if he discovers another topic about Nevada which interests him, he’ll begin discussions with publishers. The author recently released a new edition of A Short History of Reno.

It seems that even though Moreno has left the Silver State, its history, mysteries and quirks still draw him back. Indeed, Moreno, quoting a passage from his book, Endless Nevada, told us that “Nevada has a way of changing a person and, over time, your perceptions about the place evolve and you can see things you didn’t see at first”. As Moreno admits; the break from Nevada has improved his ability to analyse the state, noting that he’s “only now beginning to see Nevada as it really is and to write about it”. Just as James Joyce, when writing Ulysses in Europe, suggested that to recreate Dublin he must move away from it, Moreno’s separation from Nevada has proved that he can expertly depict the quirks, eccentricities and wonder of the gambling capital. Indeed, it seems almost necessary that Moreno continue his work on Nevada, as with his enjoyable prose style and passion for the state, he’s emerged as one of the most important documenters of the Silver State in recent years.

CasinoOnline.co.uk would like to thank Richard Moreno for taking part in our interview. If you'd like to know more about the author, visit GlobePequot.com or read our review of Nevada Curiosities.